DALLAS, Jan. 30, 2019 /PRNewswire/ — Avocados From Mexico will show the nation just how far people will go for the ultimate avocado prize with its :30 ad during the second quarter of the Big Game, airing Feb. 3, 2019 on CBS. For its fifth consecutive appearance, the brand will return to the Big Game – and celebrate the greatest avocado consumption time period of the year – by proving that avocados are Always Worth It with the help of a few canine friends. 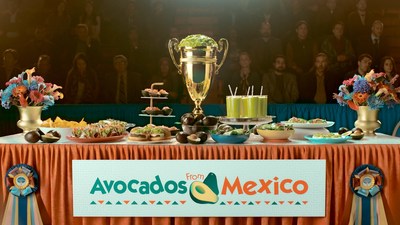 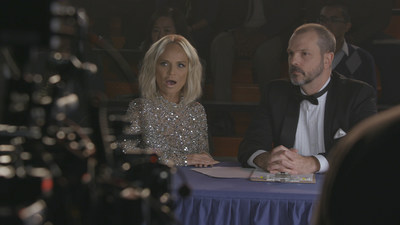 “Avocados From Mexico is excited to return to the Big Game bringing good memories and laughs to those watching across the world – avocados are all about having a good time and we know people will go to great lengths for them,” said Alvaro Luque, President of Avocados From Mexico. “We are so thrilled with this year’s creative concept bringing to life how much people love avocados in a unique, positive way that’s entertaining to everyone.”

Over the last four years, Avocados From Mexico has told dynamic stories of Avocados From Mexico’s versatility, seasonality, and health benefits (good fats), all leading up to this year’s overarching umbrella message: Simply put, Avocados From Mexico are Always Worth It. Consumers seem to agree – in a recent study conducted by the brand, it was found that consumers are willing to pay approximately $2 more at restaurants to add on avocados to their meals.

This year’s light-hearted spot, “Top Dog,” features the hilarious and fictional 53rd Annual Human Canine Show. The tables are turned as dogs proudly watch their humans while they compete for Avocados From Mexico, performing different commands from sit to shake to stay. Actress and singer, Kristin Chenoweth, stars in the ad and serves as celebrity host of the Human Canine Show.

“I know that fans really look forward to seeing Avocados From Mexico’s Big Game ad year after year because laughter brings people together,” said Kristin Chenoweth. “I’m really excited to be a part of their campaign this year – it involves my two favorite things, avocados and dogs! I can’t wait to show people across the nation that Avocados From Mexico are Always Worth It, and to make people laugh.”

Last week, Avocados From Mexico launched Anything For Avos and a partnership with Adopt A Pet to support its Big Game spot. The brand offers access to https://avocadosfrommexico.com/big-game/, a Big Game digital hub that gives consumers access to fun and interactive content that underlines the value of Avocados From Mexico. The brand is offering over 20 different activations via the https://avocadosfrommexico.com/big-game/ multi-experience platform, as well as content across all major social media platforms including Snapchat, Instagram, Facebook, Twitter and Pinterest.

The Adopt A Pet partnership supports the commercial concept that involves dogs and engages consumers in a unique way beyond the broadcast. Through “Match Dog Com,” Avocados From Mexico and Adopt A Pet have partnered to match people interested in adopting a dog with their perfect companion in their local area. The platform leverages IBM Watson artificial intelligence technology to pair people with a dog they can adopt, based on their answers to a few questions regarding their avocado and lifestyle preferences.

In addition, Avocados From Mexico has teamed up with The Onion to bring some important (fictitious) breaking news to light – technology that allows humans to communicate with canines has been developed.

To learn more about these and other marketing and promotional activities, visit https://avocadosfrommexico.com/big-game/ on Facebook (www.facebook.com/AvocadosFromMexico) or Twitter (@AvosFromMexico).

Despite reports to the contrary, there will be plenty of guacamole available on Big Game Sunday, the biggest day for avocado consumption in America. U.S. imports of Mexican avocados are at record levels and will continue to be so as we approach the Big Game, Sunday, February 3. The United States received a record 71.9 million pounds for the week ending January 13, 2019; [i] January imports of Mexican avocados are projected to reach 217 million pounds, up 16 percent from last year during the same period.[ii]

About Avocados From Mexico

Avocados From Mexico (AFM) is a wholly-owned subsidiary of the Mexican Hass Avocado Importers Association (MHAIA), formed for the purpose of advertising, promotion, public relations and research for all stakeholders of Avocados From Mexico. Under agreements, MHAIA and the Mexican Avocado Producers & Packers (APEAM A.C.) have combined resources to fund and manage AFM, with the intent to provide a focused, highly effective and efficient marketing program in the United States. AFM is headquartered in Irving, TX.