NEW YORK, March 13, 2019 /PRNewswire/ — Long before the Lifetime docu-series “Surviving R. Kelly” premiered, exposing R. Kelly’s many allegations of sexual abuse, some with underage girls, there were protesters with signs and chants demanding an end to his career. A prominent voice within that movement is Black Women’s Blueprint, an organization that empowers African American women and immigrant women.

In addition to their organizing work, Black Women’s Blueprint has also partnered with Lifetime through “Stop Violence Against Women Campaign,” which works to end domestic violence, harassment and sexual assault as well as provide crisis intervention and resources to survivors.

Sexual assault and rape is “definitely a major issue within black communities and it’s something we at Black Women’s Blueprint are constantly working at,” Assistant Executive Director of the organization, Sevonna M. Brown, said in an interview on Brad Show Live.

According to preliminary findings by Black Women’s Blueprint, around 60 percent of black women and girls experience sexual violence before the age of 18. And that statistic is “proven by the [Surviving R. Kelly] docu-series,” Brown said.

The six-part docu-series that aired early January 2019 on the Lifetime network shares the chilling accounts of several women (many underage) who claim they have experienced or witnessed sexual abuse by R. Kelly.

The singer, previously acquitted of child pornography charges in 2008 has denied and continued to deny the allegations of sexual encounters with minors and sexual assault. However, on February 22, 2019 he was arrested and charged with 10 counts of aggravated criminal sexual abuse in Cook County, Illinois in connection with four women, three of them underage. Kelly has been released on $100,000 bond; and again, pleaded not guilty to the charges.

Check out the full interview, and watch Brad Show Live with Brad Bernstein Monday through Friday from 5:30-7:30 p.m. EST on Facebook & YouTube. 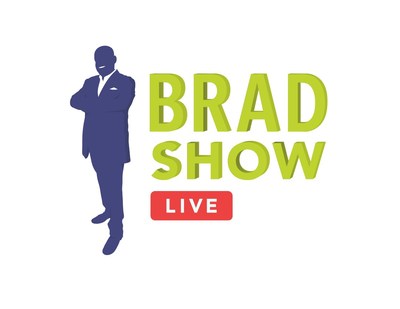