SUNNYVALE, Calif., May 6, 2019 /PRNewswire/ — Vytronus, Inc., a privately held medical device company developing novel technologies for the treatment of cardiac arrhythmias, announced today that it will exhibit at the Heart Rhythm Society 2019 annual meeting being held this year in San Francisco from May 8–11.

The company’s primary technology in clinical development uses low-intensity collimated ultrasound (LICU®) to image and ablate heart tissue that causes atrial fibrillation, a common cardiac condition in which the heart’s upper chambers beat rapidly in an uncontrolled manner. An estimated five million cases of atrial fibrillation—also referred to as AF and AFib—are diagnosed each year worldwide. The disease is associated with an increased risk of heart failure, dementia and stroke.

Vytronus is developing the only treatment option for AF that uses LICU. Unlike other approaches for AF ablation, the LICU catheter inherently does not require contact with the tissue and is capable of both 3D anatomical mapping and ablation. Featuring a robotic catheter tip, the Vytronus LICU system can quickly and precisely generate high-resolution 3D anatomical images. Utilizing the same catheter, the system can also deliver ultrasound energy for therapy along a user-specified lesion path.

“We frequently hear from electrophysiologists that there is a clear need for a non-contact energy source to perform versatile lesion patterns and for tailored energy delivery in a manner that reduces dependence on operator skill,” said John Pavlidis, president and chief executive officer of Vytronus. “Our booth at HRS will feature a demonstration of the system. We look forward to showing clinicians attending the meeting how our investigational technology using LICU enables highly automated, continuous, flexible lesion sets.”

The Vytronus LICU system has been submitted for CE Mark as a treatment for paroxysmal AF and is not commercially available anywhere in the world. It is only approved for investigational use in Europe and is not approved for use in the United States.

The 40th annual meeting of the Heart Rhythm Society will be held in San Francisco and be attended by thousands of electrophysiologists, the medical specialists who treat patients with cardiac arrhythmias including atrial fibrillation.

The Vytronus booth at Heart Rhythm 2019 is #2427 and will be open during regular exhibit hall hours from May 8–10.

Headquartered in California’s Silicon Valley, Vytronus, Inc. was formed in 2006 to harness the imaging and therapeutic capabilities of ultrasound energy to treat cardiac arrhythmias, starting with atrial fibrillation. We believe that a new energy source, such as collimated ultrasound, is amenable to automation and capable of both imaging and ablating, thus shifting the treatment paradigm to more predictable outcomes. We strive to make a complicated procedure simple. Ease of use guides every aspect of our design philosophy. At Vytronus, patient safety is always our first priority and improved efficacy is our mission. We look forward to obtaining regulatory approvals and making our products available to doctors and their patients in the near future. 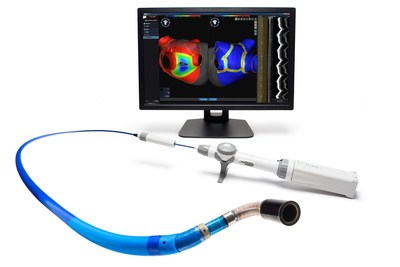